Crush the graham crackers. Mix in the sugar. Add the egg yolk and vanilla, then stir in the melted butter. Line a springform pan with non-stick foil. Press graham crackers into the pan. Bake at 375º for 8 minutes or until edges are slightly brown. Remove and let cool.

In a cold mixing bowl beat cream until soft peaks form. Gradually add powdered sugar until stiff peaks form. Put this in a bowl in the fridge. Don’t wash your mixing bowl, beat the cream cheese in it, until fluffy. Add the white chocolate and beat until smooth. Fold in the whipped cream. 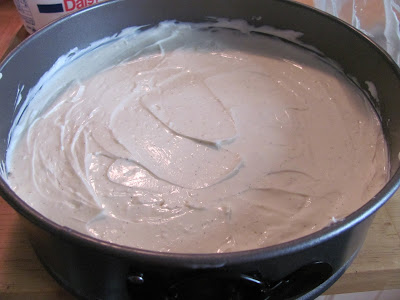 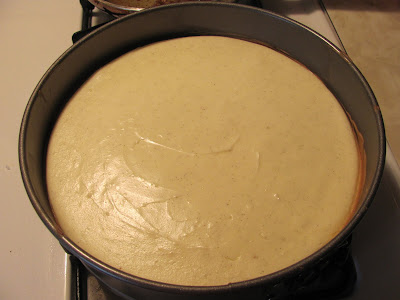 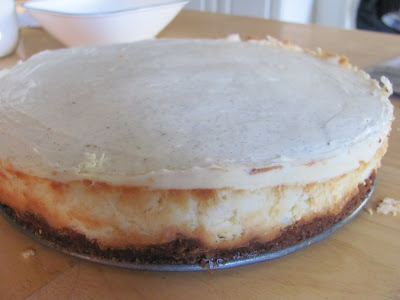 its hubbys bday thats why I made this cake, its his favorite. 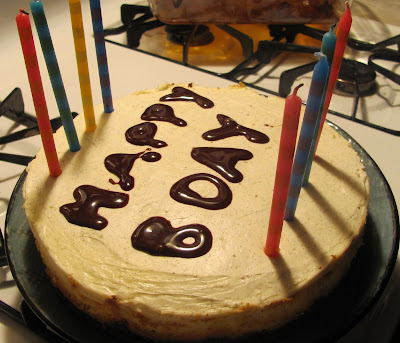 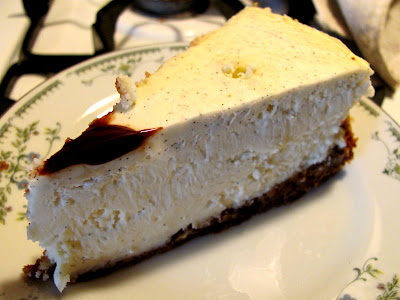