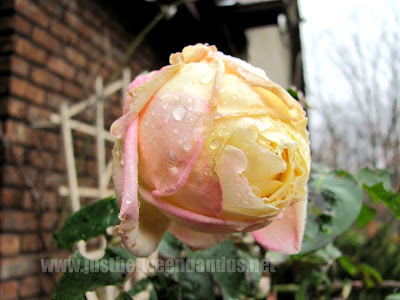 It rained all day today, the sky was dark and Mr Sun was nowhere in sight. But despite that, it was a little bit humid with a temperature of 55F. I find it a bit toasty, cz we’ve been having below 40 for the last few days and my body is starting to get used to it.

However, I took my son Clayton for a drive around town and went shopping for a little bit of stuff, after I dropped JJ off for school.We went to Weis first, and I found their price a little bit higher compare to Super Walmart at West Manchester, so I didnt bought much, just stuff that I really need. Then we went to Target, that was just a couple of blocks away. I took Clayton at the Toys area and observed his reaction. His eyes lit up, and grow bigger, as we go along aisle to aisle. And he starting to become uneasy, wanting to go down to grab a toy, specially when he saw the big blue ball. I reached it for him and he hugged it tight. I tried to take it away from him, but he fought for it and scream really loud. lol. he doesnt want to let go of the ball. I find it so cute! He love balls because he and his kuya and plop plop, plays throw and catch every night, so I let him have it. Its only a couple of bucks. lol.
. 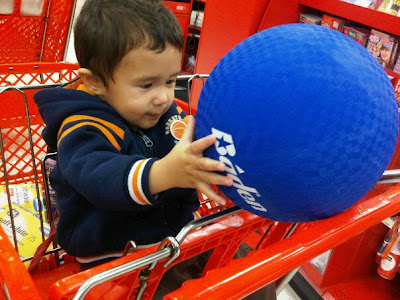 Anyway.. it was fun riding around with my little buddy. He didnt complain much, only one time when he dropped his ball on the floor of the car, and then I have to stop at the side of the road to get it for him coz if i did not… I might have a broken ear drums by now. lol =)

3 thoughts on “shopping around with my little buddy”