To all those rock bands out there you must check out this fine pedal tuner, the boss tu-3 .

This is what you just need! It has 21-segment LED meter with brightness control, Accu-Pitch Sign function that provides visual verification when tuning is complete, Chromatic and Guitar/Bass mode, and a lot more! To check more about it, just click the link above, it will direct you to it.

Our family Health Insurance policy just ended on September. The Insurance company discontinued our policy due to the new health ordinance issued by the government. Hubby and I was really upset about it and have no choice but to look for a new one that covers everything that we need that has lesser deductible.

It’s quite tough to look for one that is within our budget. We’ve looked online and so far we haven’t decided what to get yet. I hope we can find one soon cause Health Insurance is really important especially that we have little kids. I have found insurance here online but its in North Carolina. It seems like they have a good policy that fits our needs base on what I’ve read in the website. I wish they have one around here in area which would really help a lot in our decision making. Oh well, things are really tough these days, I hope we will surpass it all.

From time to time you may find that you need to convert your music from one format to another. When that happens, you’re going to need an audio converter, and the truth is that there are many out there. However, despite the fact that audio converters really are a dime a dozen, there are few that can match the sheer features of the Movavi Audio Converter for Mac.

Not only does Movavi support practically every single format of audio file you’d ever require, it also covers many of the less common file types too – making it the one and only converter you’ll probably ever need. 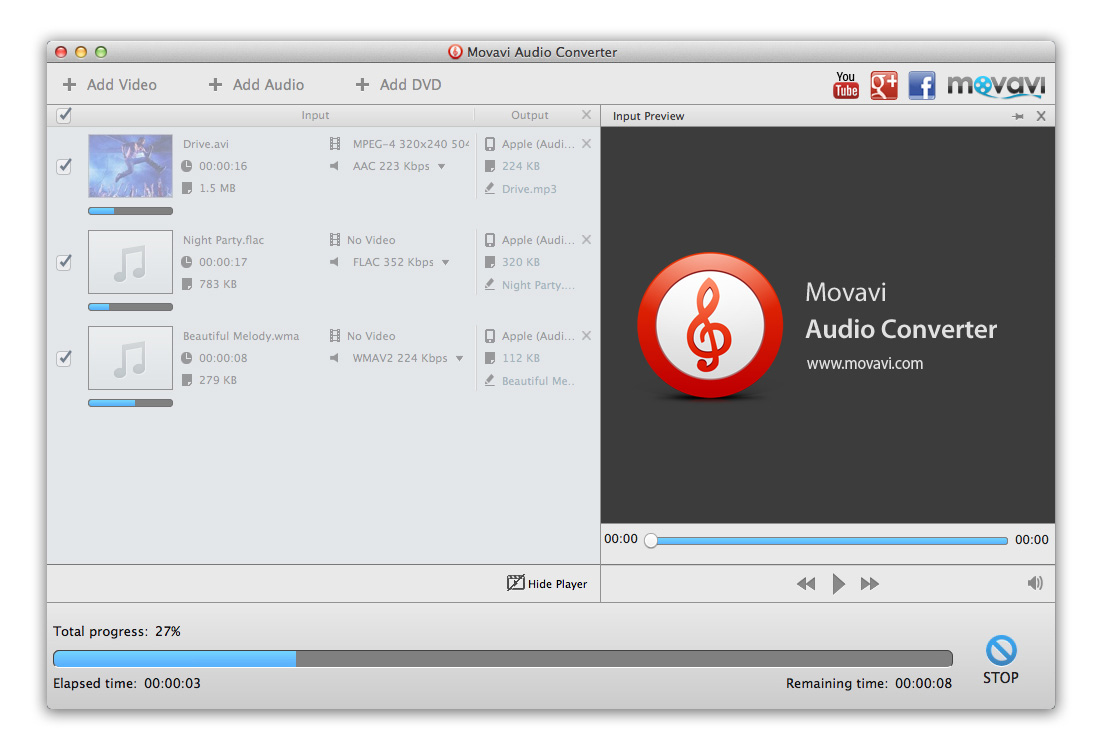 Assuming you want the audio extracted from a non-audio file, it can do that too – and will pull out the soundtrack from any movie, video clip, or even DVD and save it as a separate file with just a single click. Thanks to its ability to edit audio files, you can even trim, merge, or edit the songs according to your desire.

The batch processing feature allows you to convert multiple files with ease too.

Of course, being a music converter for Mac, the Movavi Audio Converter is able to run on all of the recent versions of OS X. Unlike some of Movavi’s other offerings however, there is no corresponding PC version since instead they have a complete audio suite for their PC users.

At the end of the day, if you’re looking for a lightweight and yet feature-filled audio converter, the Movavi Audio Converter is tough to measure up to. Not only is it convenient and easy to use, but it also has pretty much everything you could possibly need when you’re converting files, splicing them together, and ending up with the audio track that you need.